A stunning book with language and characters that will sit in my mind for years to come. There’s so much here to live but what stands out from all the rest is the character of Agnes. O’Farrell’s ability to make her at once a “weird witch” and a passionate lover and a grieving mother is a stroke of genius.

Because we know the story, the power comes from the details of how these people move through their world. Their concerns and interests and patterns are fascinating even in their simplicity. O’Farrell’s language makes it all feel grounded in a natural world which isn’t ambivalent but is instead comforting in its lack of fickleness.

I don’t reread many books but I might circle back to this one sooner than any other.

I don’t know if the authors had this ending plotted out from the beginning or not. It doesn’t really matter. The achievement of this series was to tell a story that had enough hard science, enough realpolitik, and enough woo-woo aliens while still being able to stay focused and driven by the human characters.

This final volume in The Expanse series gave me a chance to see how families can change, adapt, and find each other again. That feels like the greatest triumph. There were parents who let their children down, parents who got a second chance, and children who found parents where none were to be had. Through all the millions of miles of space and the machinations of a handful of political systems, humans finding connection in ways that matter is what won.

This is a more than worthy finale to one of my favorite science fiction series. I suspect I’ll reread this from start to finish in a few years.

I’ve just started rereading Alastair Reynolds’s Revelation Space. I had forgotten how great this book is. So many intriguing ideas and tantalizing thoughts about long history and how the human psyche might perceive it. 📚

This book’s sense of place, and light, and heat, and shadow has me jealous beyond measure.

Currently reading: In the Valley of the Sun: A Novel by Andy Davidson 📚

To write a first page like this must feel like one could simply mold the world to your will. Stunning every time I read it. From Matthiessen’s Shadow Country 📚 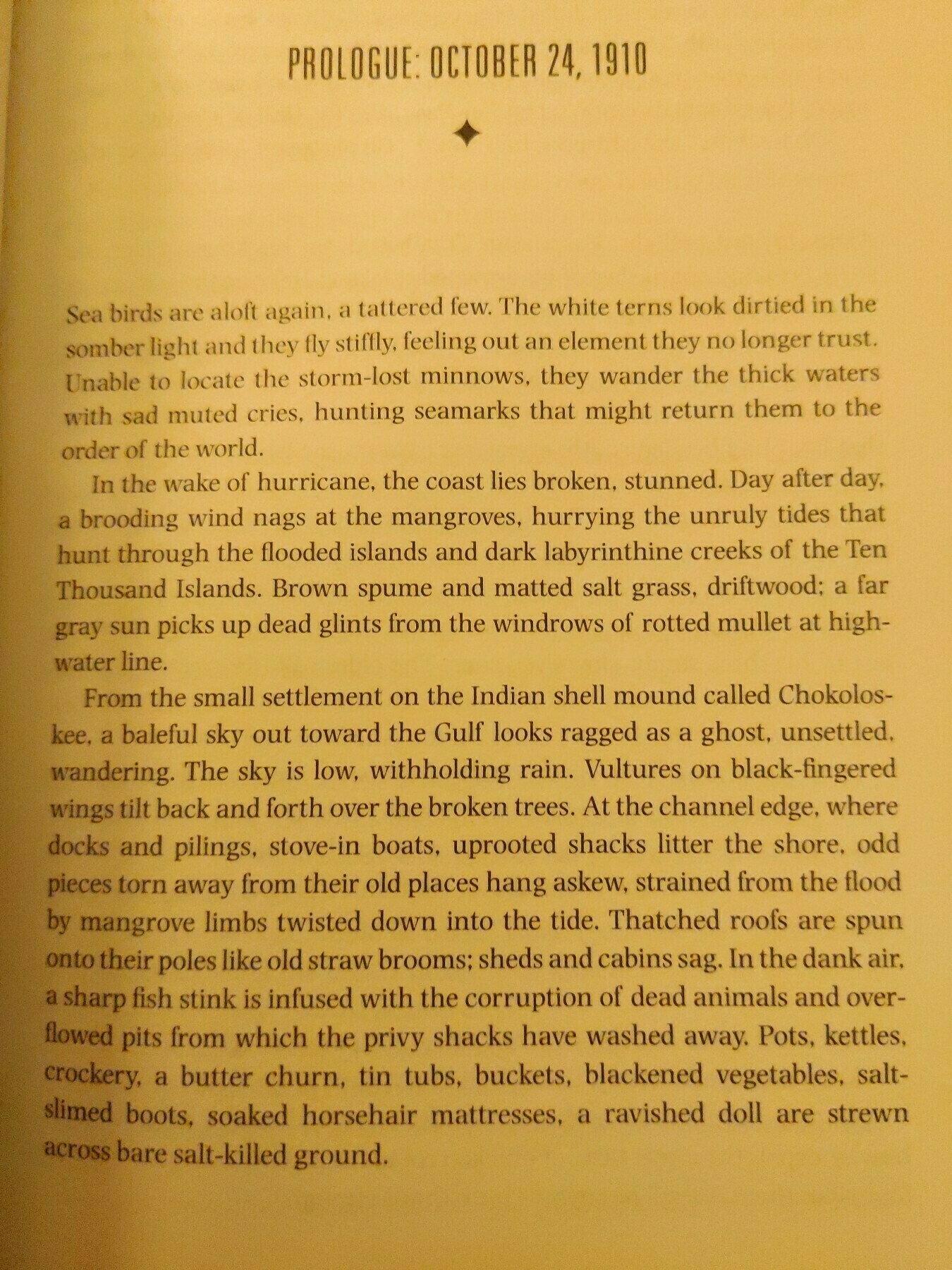 Beginning another read of my second all-time favorite book.